With Congressional midterms now just weeks away it is likely that far fewer members of Congress will lose their seats that would normally be expected. With Congress’s approval rating at around 14%, the lowest before an election since 1974, this fact seems shocking.[1] There are countless reasons why we are seeing so many members of Congress heading to easy re election. Factors like gerrymandering and a lack of engagement on the part of many Americans certainly play a role, but there is one new and dramatic shift in the way elections take place that must take a large share of the blame, and that is the prevalence of money in politics.

Each year the cost of elections increase and the amount of money that politicians need to raise increases to meet these demands. With the Supreme Court’s Citizens United decision the floodgates were opened to a dramatic increase in the amount that could be spent on a campaign. In 2012 the average cost of a house seat was $1,500,000, and a total of almost 1 billion dollars were spent of house races.[2] Both Democrats and Republicans have been unable to gain a decisive financial advantage, but the total amount spent on campaigns generally has been steadily rising. 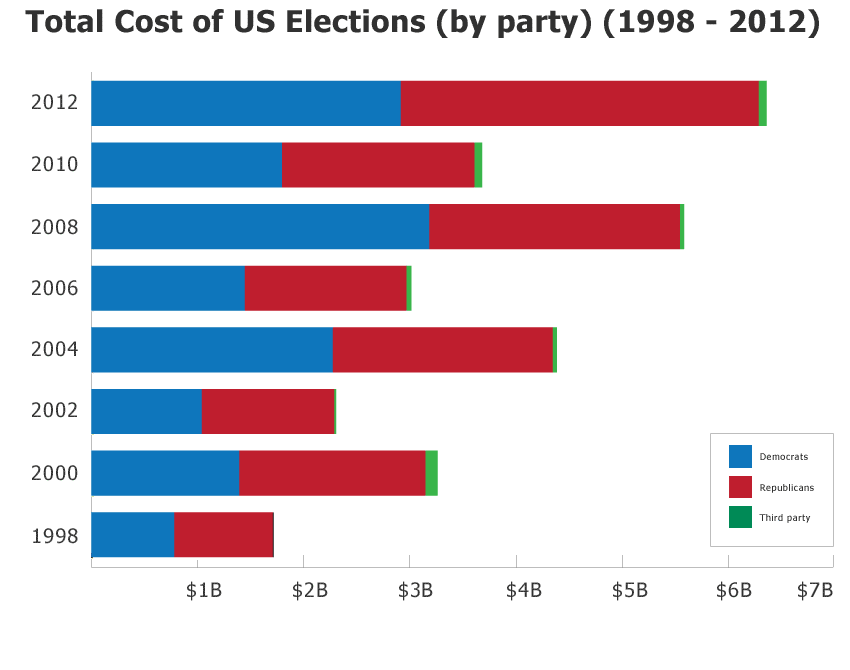 While it is true that Republicans have benefited to a larger degree from the loosening of campaign finance regulation, sometimes receiving donations from groups like superpacs at a rate 10 times that of Democrats, Democrats have been increasingly successful getting money from smaller donors.[4] Democrats have been able to average $100,000 more from smaller contributors than Republicans.[5] With both sides benefiting from the status quo there is little hope that dramatic changes will be made to the campaign finance system.

That being said there has been a movement to try to remove the money that has permeated all aspects of elections and politics generally. Just last month the senate voted on a constitutional amendment that was designed to limit money in politics. The amendment was considered to be a long shot, and as many expected, it failed. This is despite the fact that recent polling shows a majority of Americans would be in favor of such an amendment.[6] So why has campaign finance reform not received significant attention and support? The answer is largely due the to fact that most Americans don’t find campaign finance important. In recent polls asking Americans what issues are most important to to them, campaign finance did not even rank.[7] Politicians will not feel pressure vote with the opinions of their constituents unless they know that they will be held accountable.

Despite the lack of legislative action on this front many prominent figures have spoken out recently on this topic. Justice Ginsburg said that if she could reverse the Citizens United ruling she would, adding “I think the notion that we have all the democracy that money can buy strays so far from what our democracy is supposed to be”.[8] Although there still seems to be little movement on this issue, especially with the Federal Election Commission’s recent decision to further relax campaign finance rules.[9] We live in a new world of campaign finance and it looks like we are just going to have to get used to it.

So what does this mean for the future of political campaigns? Well, we are undoubtedly in a political arms race, both sides are increasing their war chests but neither side can pull out on top. Thanks to the stalemate cost of running a successful political campaign keeps increasing and is unlikely to plateau or decrease in the foreseeable future. This is likely to have profound ramifications. First, we are likely to see a dramatic decrease in the number and quality of political challengers. Those who have limited funds, will be unable to compete with incumbents who have millions of dollars to spend, this is especially true in high cost media markets. We will also see the growing influence of hidden special interests, who are increasingly spending money in political campaigns. 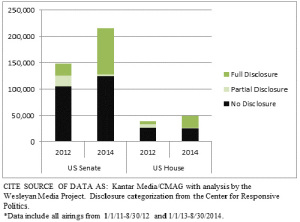 Unless substantial changes are made to the way campaigns are financed, we are likely to see more entrenched Congressmen, who have deeper pockets and are increasingly indebted to the special interest rest that fund their campaigns. While this is not something most Americans want, it looks like, at least for now it is a reality we will have to live with.