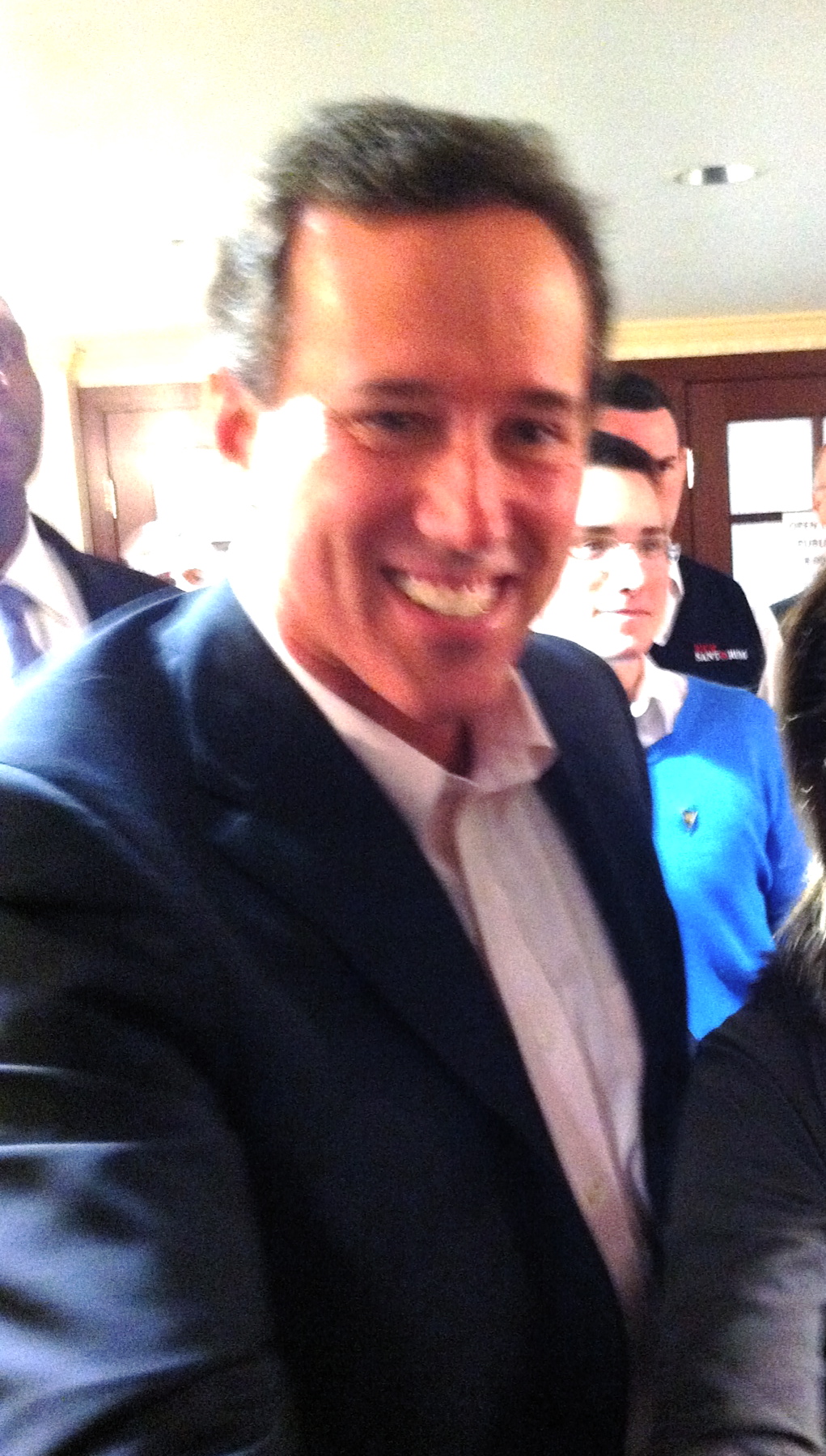 GETTYSBURG, PA-Solidly into the Republican primary campaign season, the former Senator from Pennsylvania Rick Santorum continues seeking to energize the conservative base as his prospects for garnering enough national delegates begin to wane.  Not to be deterred, Santorum returned to his home state to conjure the legacy of Lincoln during a rally at the Gettysburg Hotel in Gettysburg, Pennsylvania to watch the Illinois primary results pour in.  While the election may not have played out as the former senator expected, he and his campaign remain steadfast in their quest for the nomination and opportunity to challenge President Barack Obama.  “We’re gonna come out of Illinois, actually, in pretty good shape,” proclaimed an optimistic Santorum to a eager crowd gathering outside the rally unable to enter the main event hall.  All was not smooth sailing for Santorum as a thriving chorus of protesters filled the town square in front of the hotel.  Members of the Adams County Democratic Committee, Service Employees International Union, NAACP of Gettysburg, Democracy for America, and students from nearby Gettysburg College chanted opposition to the candidate’s positions, chiefly his recent opinions on the contraceptive debate and woman’s reproductive rights.  “[Santorum] was voted out losing by an 18% margin, clearly rejecting his view of how Pennsylvania should be and we wanted to remind him of that,” commented the Adams County Committee Chair Roger Lund in expressing his satisfaction for how the protests were conducted.

Santorum’s choice of venue may be a clear sign that he is focusing his efforts on winning his home turf primary but there lies a broader connection.  The decision was made as a way of drawing a link between the primary in the land of Lincoln and the site where the famous Gettysburg Address was spoken.  Whether Santorum is trying to fashion himself as a modern day Lincoln or merely capitalizing on the historical significance remains to be seen.  However, it is clear that the campaign is engaged in a full-court press to capture as many delegates as possible despite losing many states in their path to the nomination.   Santorum lost the Illinois primary with 35% of the vote to former Massachusetts Governor Mitt Romney’s 47.6%.  The Pennsylvania primary is scheduled for April 24th.