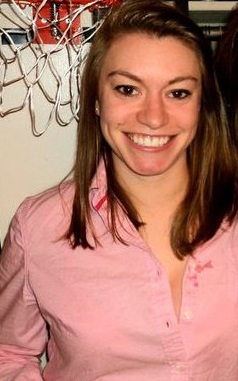 Emily Smith is a political science major from Chatham, NJ, and is now a current junior at Gettysburg College. She enjoys being an active member of the Gettysburg Women’s cross country team, running at least forty miles a week. When she’s not busy running, she enjoys reading about the upcoming elections or hanging out with friends. She is an active member of Delta Gamma Sorority on campus and a current member of Inside Politics at the Eisenhower Institute.

Emily began her educational career in politics as a freshmen when she took Introduction to Political Science. When asked what drew her to the subject, she rattled off a few reasons, saying “politics is always changing, so the subject never becomes boring. The competitive nature of the subject always pushes me to learn more so I can actively engage in discussions.” She also loves problem-solving through conversation, which political science courses rely on for active learning.

Emily’s dream job would be a journalist on the Hill, reporting on politics and the government. She aspires to this particular position because both parties would be influenced by her writing.

The Eisenhower Institute has been an incredible experience for Emily so far this year. Inside politics has allowed her to “meet like-minded people who share a passion for politics” and one of the best parts of the program are the “non-political science majors, who can share their insights about health care or economics.” Her favorite part has been the trip to DC, where the group met with different people involved in politics over the course of two days. She felt the trip was one of the most educational and enlightening events she has ever been a part of here at Gettysburg. In particular, she loved all of the different view points she heard from, remarking that she meet genuine people who had opened up doors for her because they made her aware of opportunities she did not even know existed.