So happy was I at the thought of spending Gettysburg Reading Days as one of 15 Eisenhower Institute Inside Politics participants amidst the monuments, geography and pulse that is Washington DC – the city I have always thought of as my second home, having grown up just 10 miles south of the nation’s capitol.  After having the privilege of spending an intense two-and-a-half days meeting with movers and shakers in the D.C. political arena, however, I feel like a newcomer, experiencing our nation’s capitol for the first time. 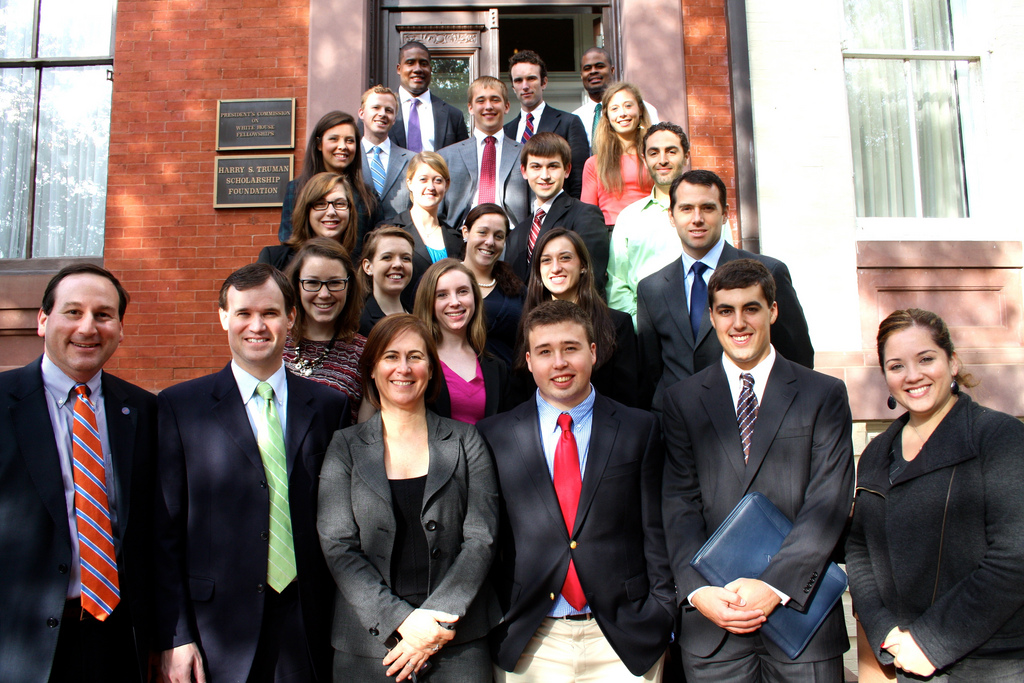 I still can’t fathom how they did it, but the Eisenhower Institute’s leadership, program directors, mentors and staff arranged for over 20 different meetings with individuals involved in every facet of D.C. life including speechwriters, media moguls, chiefs of staff, policy advisors, television producers, lobbyists, the White House Fellows, congressional staff assistants and directors, government lawyers, and professional fundraisers.

In addition to learning the importance of truly comfortable walking shoes, many preconceived notions that I had about D.C. were thoroughly debunked during these meetings. Hearing that ninety percent of congressmen are actually constantly working and do have their constituents’ best interests at heart, that lobbyists don’t control Congress, and that there are media outlets that try to present news in a nonpartisan light was all news to me.  It was both refreshing to listen to and hard to doubt the veracity of such claims, coming from those who wield a great deal of influence and power, create policy, and are in the middle of the action every day.

As the Institute’s legacy states, “Politics ought to be the part-time profession of every citizen who would protect the rights and privileges of free people and who would preserve what is good and fruitful in our national heritage.”  There is no doubt in my mind that President Eisenhower would shudder at how influential the media has become in American society – allowing citizens to have others think for them.  We all know that those networks from which most Americans get their news are biased toward a specific party.  I know that I have been unduly influenced by these news giants, but because of what I learned during this Inside Politics event, I plan to question more and look to several sources of information before I jump to conclusions.

Prior to this trip, I wasn’t sure about 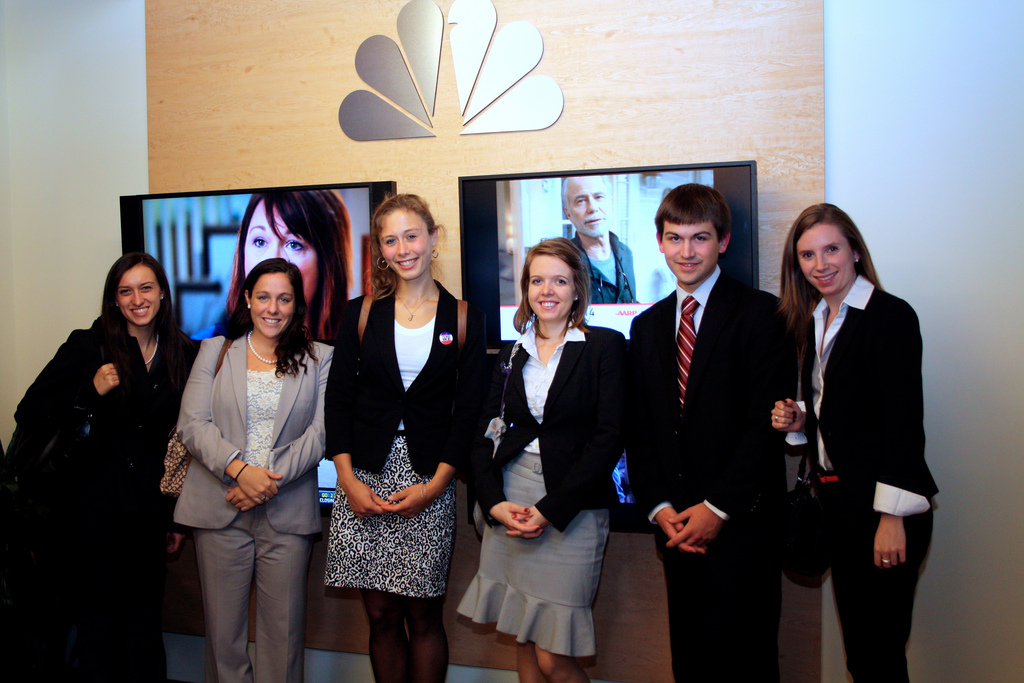 what I wanted to major in, what I wanted to study – I didn’t know what I wanted to do in life besides the generic “make a positive difference and know that I improved the world, in however small a way.” Now, however, my interest has been piqued about the full potential politics offers and how rewarding a political life could be, both for myself and for others. Whether you want to run for office or not, Washington D.C. is a place where changes that have global impacts can be made and where ideas can be shared and cultivated between conventionally dissimilar people who have found a common ground in politics. Don’t get me wrong: I haven’t become blind to the oft seen stalemate that occurs between warring political parties, but I have seen that in those brief instances when the battle lines are blurred, Washington, D.C. becomes a city that fosters communication and encourages discourse.

During no other time have my political horizons been as widened as they were during this trip. Because all the people we met each had fascinating stories that have shaped their individual perspectives, I was able to learn what each truly thinks of the political climate today. Some believe that while yes, it is polarized, it is not at a concerning level and that, like a pendulum, we will return to a more balanced mindset given time. Others believe that the amount of name-calling and gridlock is inexcusable, and something needs to be done. One solution I heard several times was the emergence of a third party which would act as a mediator between the two major parties, helping to decrease the vitriol that permeates politics today. I learned about various organizations that are trying to create this third party and how they hope it will come to interact with the American public. But the biggest thing I will take away from this trip is that not everything is as it seems. Never has the saying, “Don’t judge a book by its cover” been illustrated more clearly; while many Americans believe that Washington is a hub of federal inactivity and apathy I found it to be quite the opposite.  There are so many intelligent and effective members of the D.C. political scene  who are serving now and who served in the past, and we owe it to the likes of President Eisenhower that each and every one of us should be involved in politics to “protect our rights and privileges and preserve what is good and fruitful.” 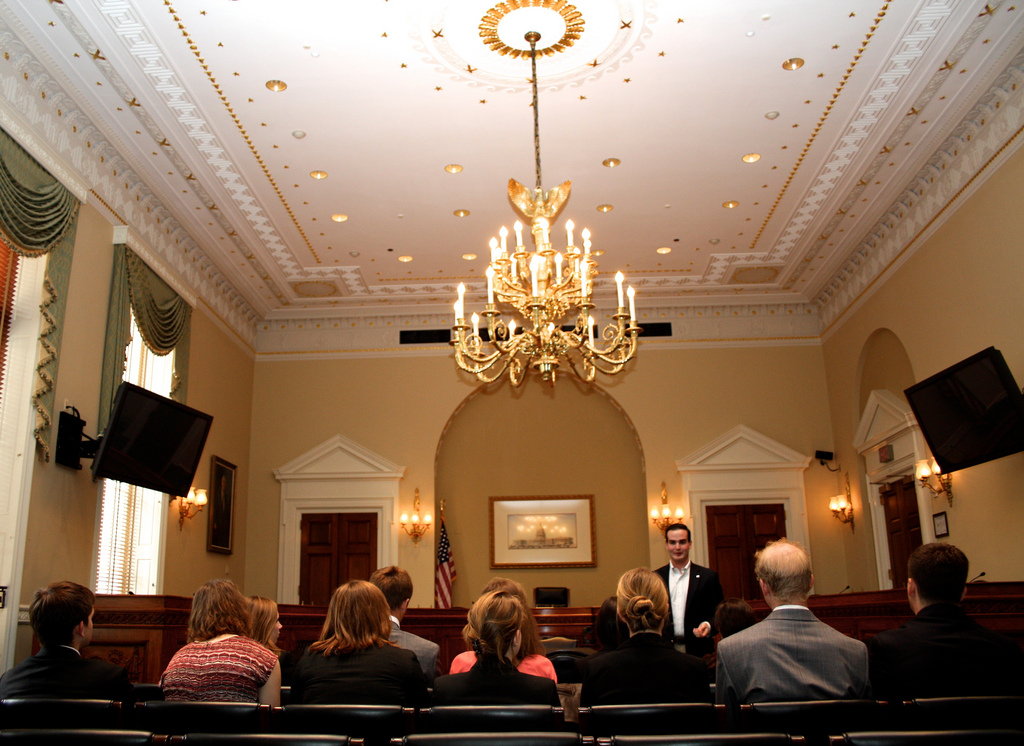 I know I speak on behalf of the entire program when I say thank you – thank you to Gettysburg College, Kasey Pipes, Jeffrey Blavatt, Emily Hamilton and Karl Pabst, and thank you to President Eisenhower for his legacy.  The Eisenhower Institute’s Inside Politics Program has greatly affected each one of us and will most assuredly play a part in how we choose to pursue our dreams.